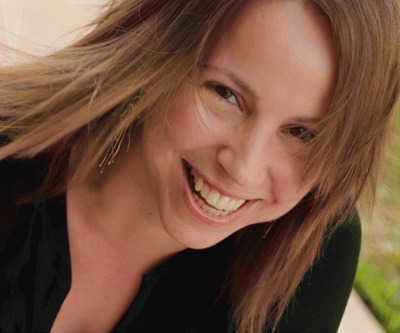 Which would you rather be grouped into: the 100 most creative people in business or the 10 most creative people on Twitter. If you are Sunni Brown, you are in both of those camps, and she will be bringing all of that creativity to the Presentation Summit this year, as the Tuesday morning keynote speaker.

“I have been pining for Sunni for several years now,” says conference host Rick Altman. “Ever since she made her mark as the country’s unofficial Doodler in Chief. Anyone who advocates doodling…well, I was predisposed to liking her.”

Altman refers to her best-selling book, The Doodle Revolution, in which she argues that there is no such thing as mindless doodling; it is all potentially invaluable to the creative process. “What did Einstein, JFK, Edison, Marie Curie, and Henry Ford have in common?” she writes. “They were all inveterate doodlers. These powerhouse minds knew instinctively that doodling is deep thinking in disguise — a simple, accessible, and dynamite tool for innovating and solving even the stickiest problems.

“All those parents, teachers, and bosses who say Stop doodling! Get serious! Grow up! I want to overturn this misinformation, demystify visual thinking, and transform boring text into displays that can engage any audience.”

Sunni calls herself the Chief Human Potentialist at Sunni Brown Ink, where she “supports organizational problem-solving around communication, creativity and culture.” Her work has been featured in such major U.S. publications as The New York Times, The Wall Street Journal, Time Magazine, WIRED and Entrepreneur.

Her keynote, Lessons I Learned as a Public Speaker, promises to integrate her ideas about visual thinking with her meteoric rise as a presenter, fueled by her TED talk on doodling, which has recently gone over a million views.

Registration is now open for the 2016 conference, to be held Oct 23-26, in Las Vegas. www.PresentationSummit.com. Attendance is limited to 200 people.